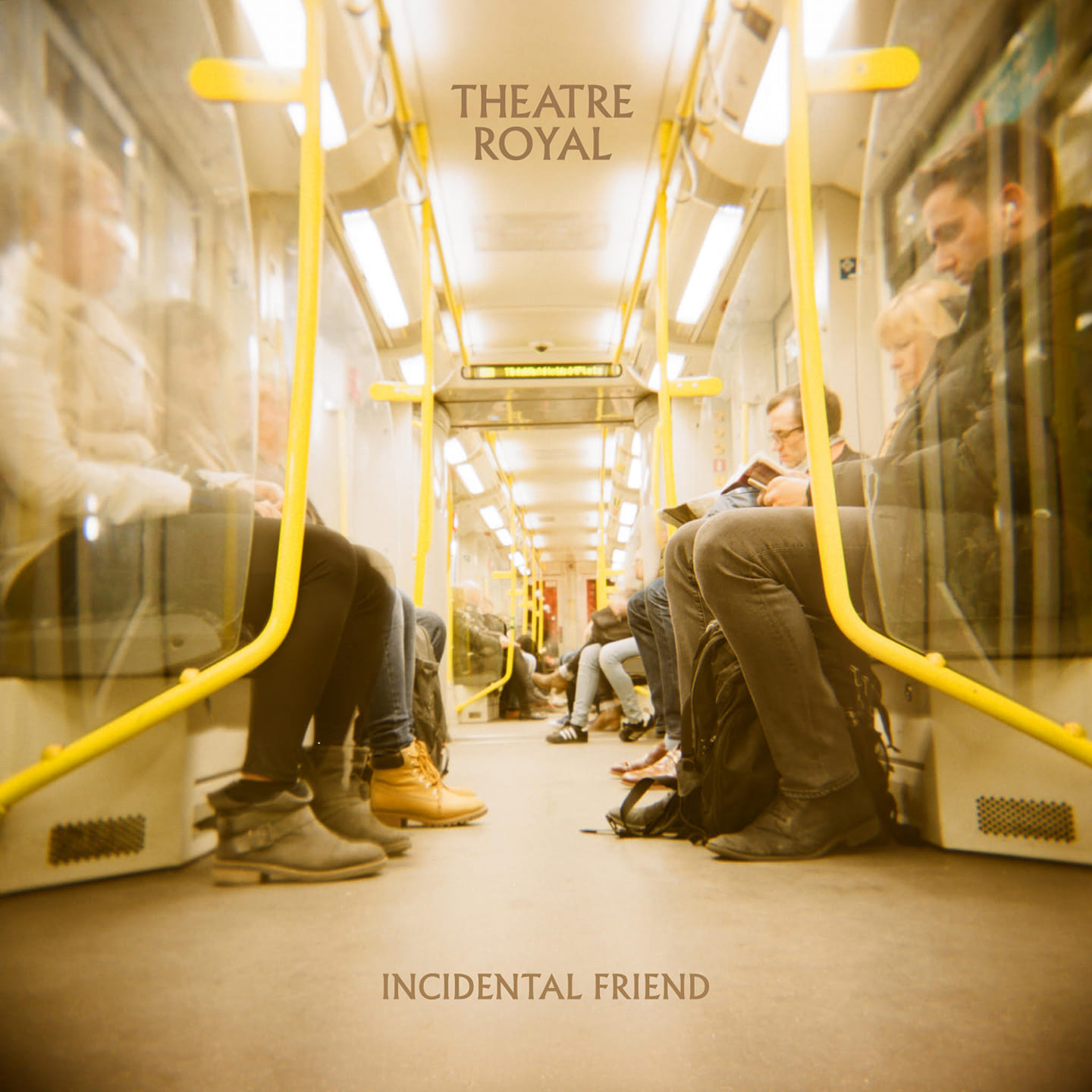 Review re-blog courtesy of the wonderful folks at reviewage.net

If Theatre Royal had a penny for every instance of reaching for the unreachable, desiring the unobtainable, losing the unwinnable, they would be as rich as kings.

And so we come to their latest EP, Incidental Friend. Wistful, regretful, achingly dissatisfied, the four new songs cover familiar Theatre Royal ground. But, as ever, there’s a freshness and vitality to the songs that belies the fact that these are well worn themes for the quartet.

The world which Incidental Friend inhabits is one of unfulfilled dreams, unspoken wishes and unmet potential.

The title track features poignant memories of ambitions not followed through. One line runs that “You said that we’d always take the path that’s most brave”; a couplet observes that “I laid on my back on my bed/and dreamt of the places we’d go”).

But there’s a swift admission that these best laid plans have gone to hell on a road populated by mice, men and John Lennon quotations.

The theme continues on ‘Done is Done’. Ollie Burgess’s voice strains and soars with heartache above synthetic strings and voices at the thought of being “bound to this room”; it’s “too late for a new day to dawn”. It’s a song about the elusiveness and illusion of the past: “I can’t put my finger upon/how I feel since that moment has gone”, a theme shared with the preceding song, ‘Turn From Sleep’.

In that second song, it’s clear the intangibility is the by-product of a commitment phobia. One line may suggest “you’ll think you’ve got it but then it’s gone”, but that comes in the context of more telling lyrics about a “tongue firmly stuck in a cheek”, how “[you’re] still working like you don’t have a clue” and “there’s a feeling that you know but won’t share”.

The inability to fully engage with the world is the cause of the disconnect, a fact that becomes more and more clear as you proceed through the Incidental Friend.

And then comes the finale, the pièce de résistance that is ‘September Comes’, an absolute belter of a tune which combines the seductive, mysterious sounds of a Bond theme with the dusty heat of a week in Tucson.

Here, the themes and thoughts of the rest of the EP re-emerge in clear focus: the sleeping/dreaming metaphors, the avoidance and fear and resulting disenchantment and loss. But it comes across with an acceptance and brutal honesty – and a gorgeous appropriation of ‘Amazing Grace’: “I can see that I am blind/hiding the tears from my eyes”.

But the best line is saved for close to the end: “you drown your hopes to sink your fears”. This is heart on sleeve, gut-wrenching stuff. Anyone who has had any kind of encounter with self-doubt and dissatisfaction needs to take this song at least three times a day.

As for the music, there is much to love. Robbie Wilkinson’s guitar is a perpetual joy to listen to – from scorching hot electric solos on ‘September Comes’ to the gentlest of acoustic plucking on the title track; Brendan Esmonde’s bass is given a richly deserved prominence, proving that the rhythm section need not be simply functional by any stretch of the imagination; and Jon Gibbs’ tender, understated drumming brings new meaning to the phrase less is more.

Given the theme of this extended player – one of disappointment and, more crucially, a recognition of that disappointment’s origins – it’s unsurprising that there’s a sound of reflection and sobriety in the music.

Restraint is a key part of this EP, which makes the unleashing of brass and guitar solos on ‘September Comes’ all the more cathartic.

There is depth, beyond depth to this small collection of songs. It would be beyond sensible if you were to get yourself a copy immediately.

Doctor’s orders. (I am, very definitely, not a doctor).