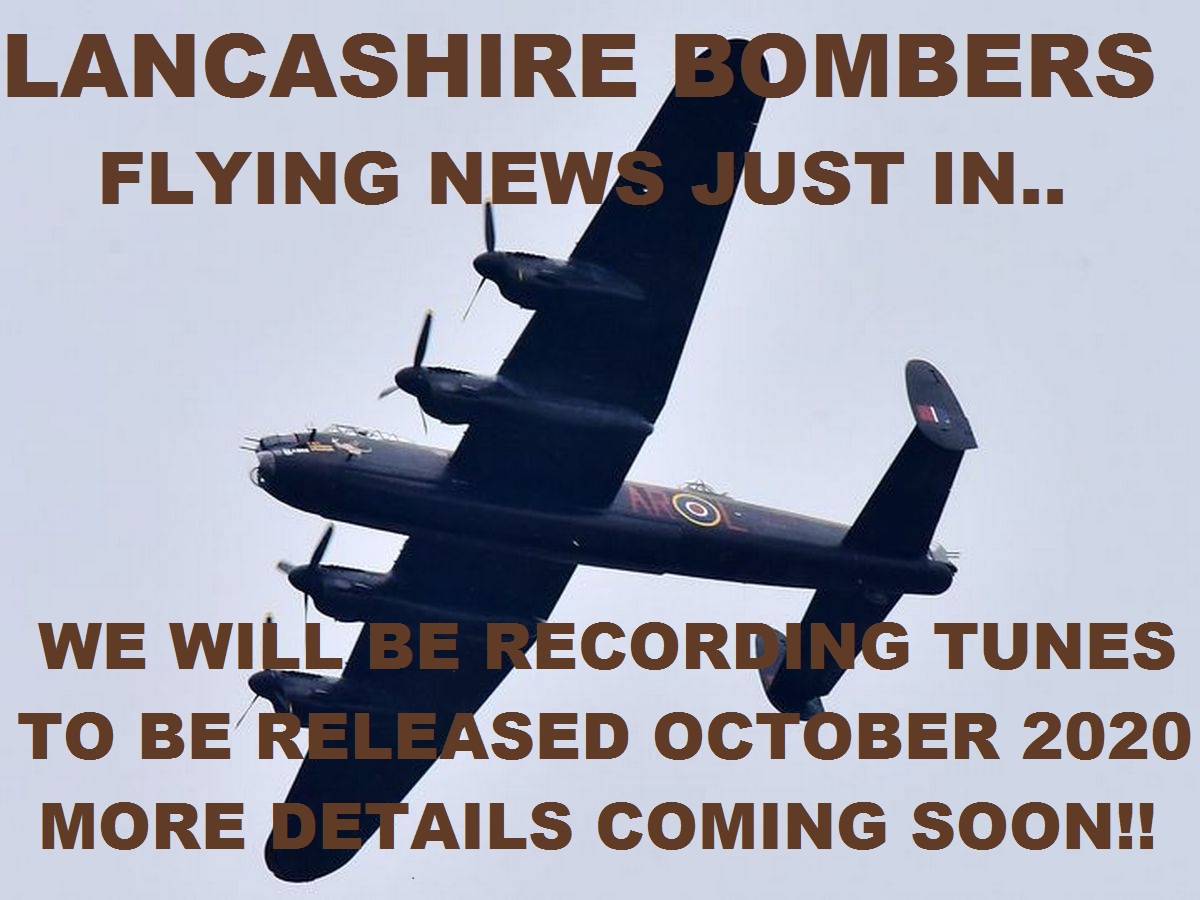 In their quest for sonic production excellence those cheeky northern (and cockney) scamps the ‘Lancashire Bombers’ braved the sunny climes of The Medway Delta to record their eight track debut album ‘Into The Sun’ with Jim and Brendan at the Ranscombes. Watch this space for further updates and snippets… Lancashire Bombers on Facebook 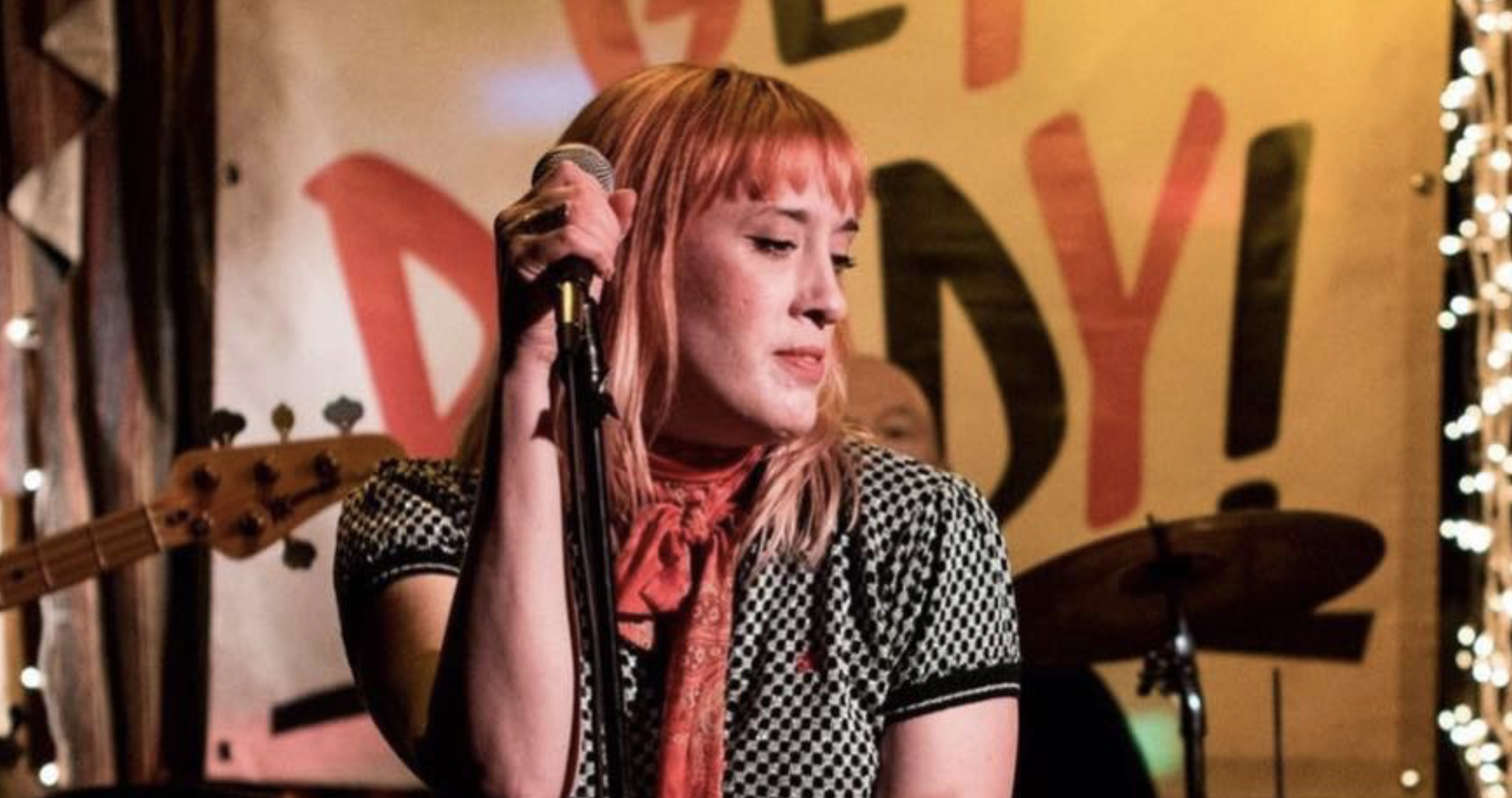 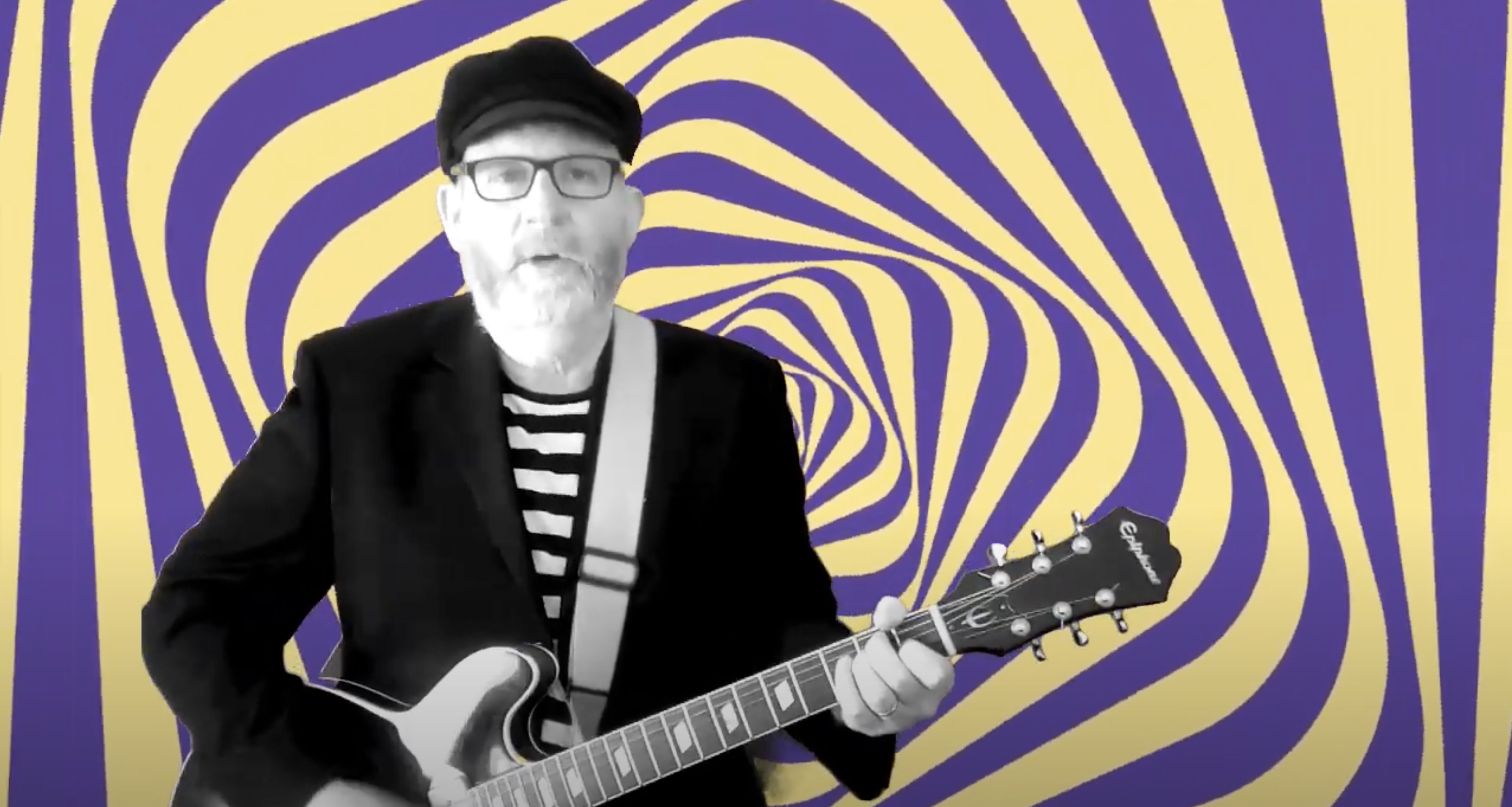 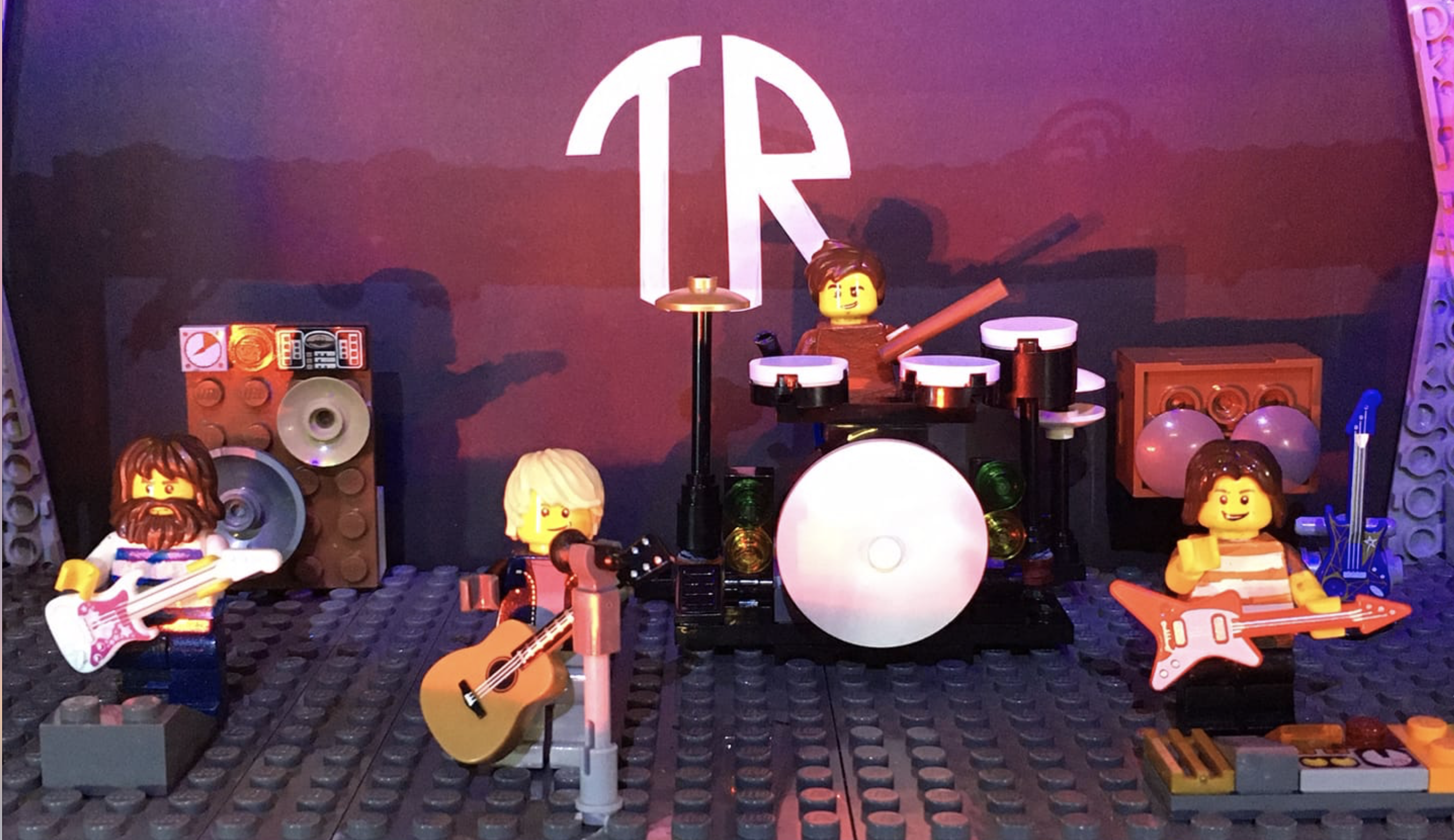 in the warm glow of the idiot lantern … Enjoy this latest from Theatre Royal taken from the forthcoming album Portraits featuring a superb lego stop motion video, recorded at Ranscombe … natch 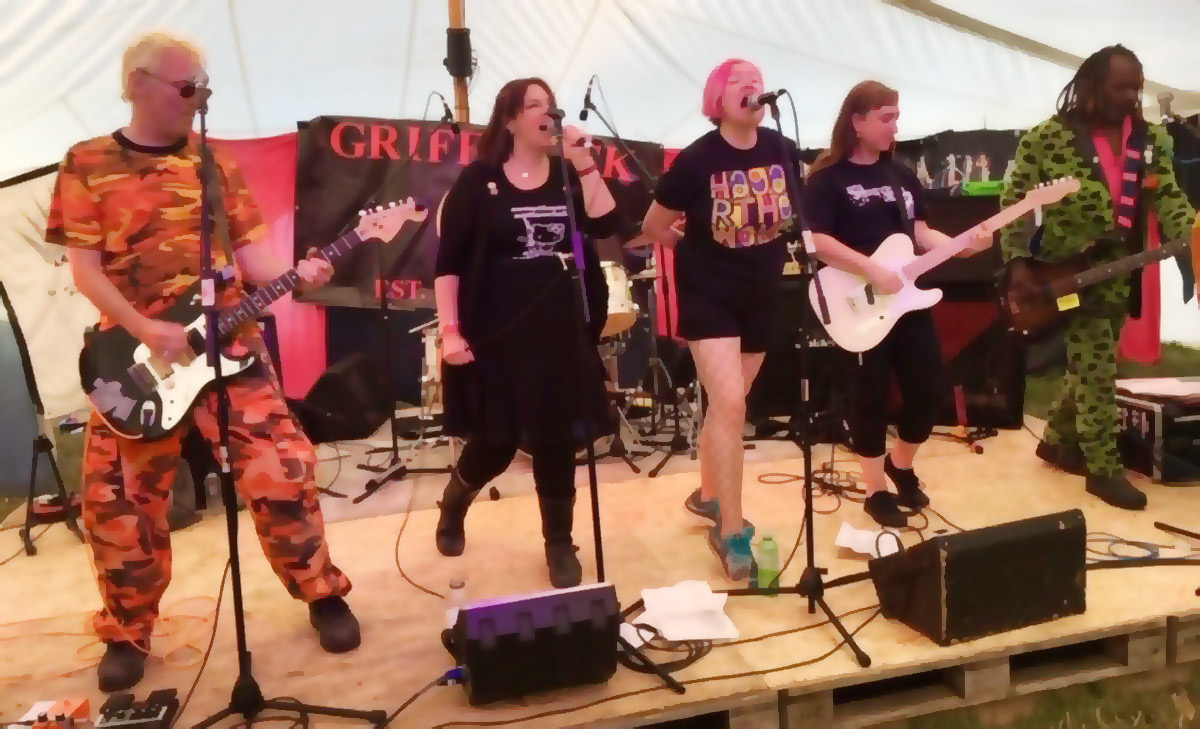 Hagar the Womb first used Ranscombe when we recorded our 2016 single Hated By The Daily Mail (split with Anthrax) for Grow Your Own Records, and a track Showing Off for the GYO compilation Birds Of A Feather, Flock Together. We returned last year to record the tracks for our just released 10” EP Hagitate, also on GYO. We are painfully unrehearsed because we are all scattered around the country and can’t … Read more

According to this review from Shindig Magazine you are all ‘discerning radio broadcasters’. Thanks for helping us get our music heard by people other than our mum’s over the years. @JohnKennedy @steve_lamacq @MickeyUndertone @CrowleyOnAir @gidcoe pic.twitter.com/8eAlQpGaVK — Theatre Royal (@Theatre_Royal_) 16 July 2019 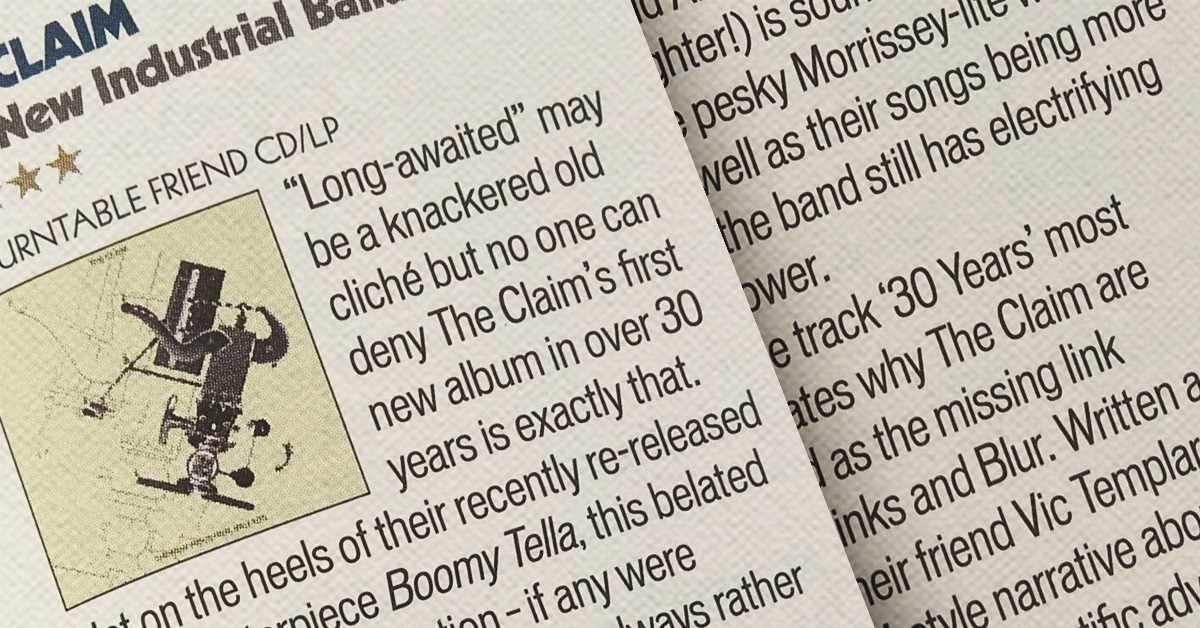 THE CLAIM – The New Industrial Ballads – **** “Long-awaited” may be a knackered old cliche but no one can deny The Claim’s first new album in over 30 years is exactly that. Hot on the heels of their recently re-released “lost” masterpiece Boomy Tella, this belated follow up is confirmation – if any were needed – that The Claim were always rather special. Fans of old will love it. Now freed … Read more 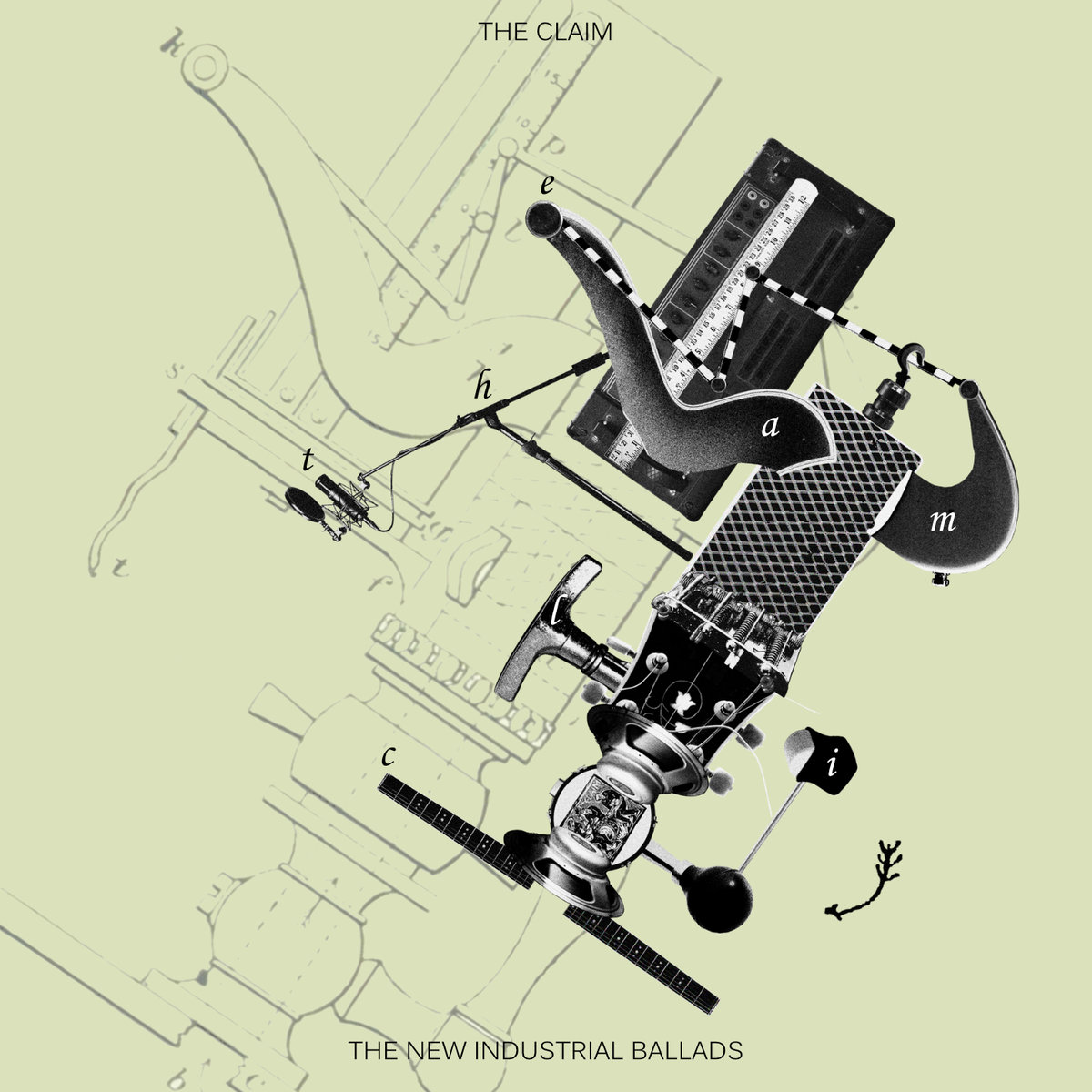 Generally, I’m not a fan of comebacks. Sure, there are exceptions – Johnny Cash, the Go-Betweens, the Wild Swans, off the top of my head – but for every unexpectedly great later work, there are many which make you wish an artist or a group had let their oeuvre be. It tends to be the case that if you stop exercising that song-creating muscle, it’s hard to get it back into the … Read more 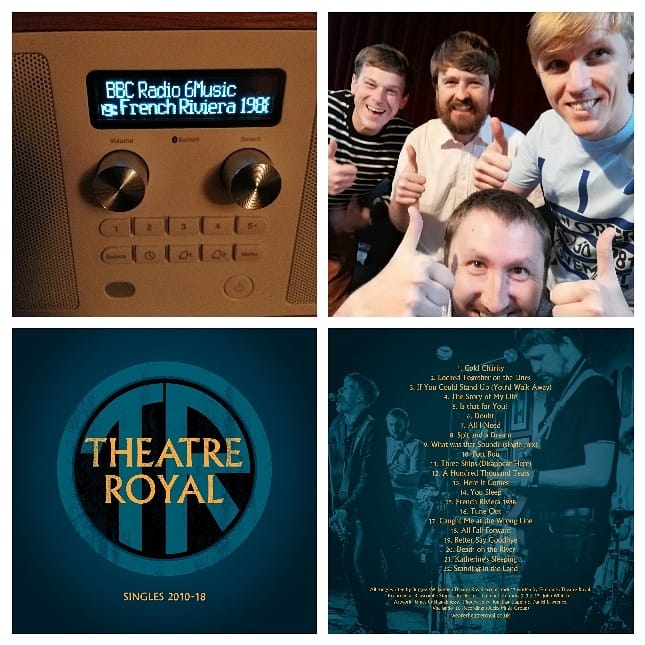 Another great review of  the latest Theatre Royal’s  release, Singles 2010-18, by Cee Tee Jackson at Loud Horizon… I can’t believe it’s been nine years since Loud Horizon first featured Medway band, Theatre Royal. At that point, I think they had only produced a couple of rough demos. But even at very embryonic stage, it was very obvious that here was a quality band in the making. A few months later, October 2010, and … Read more 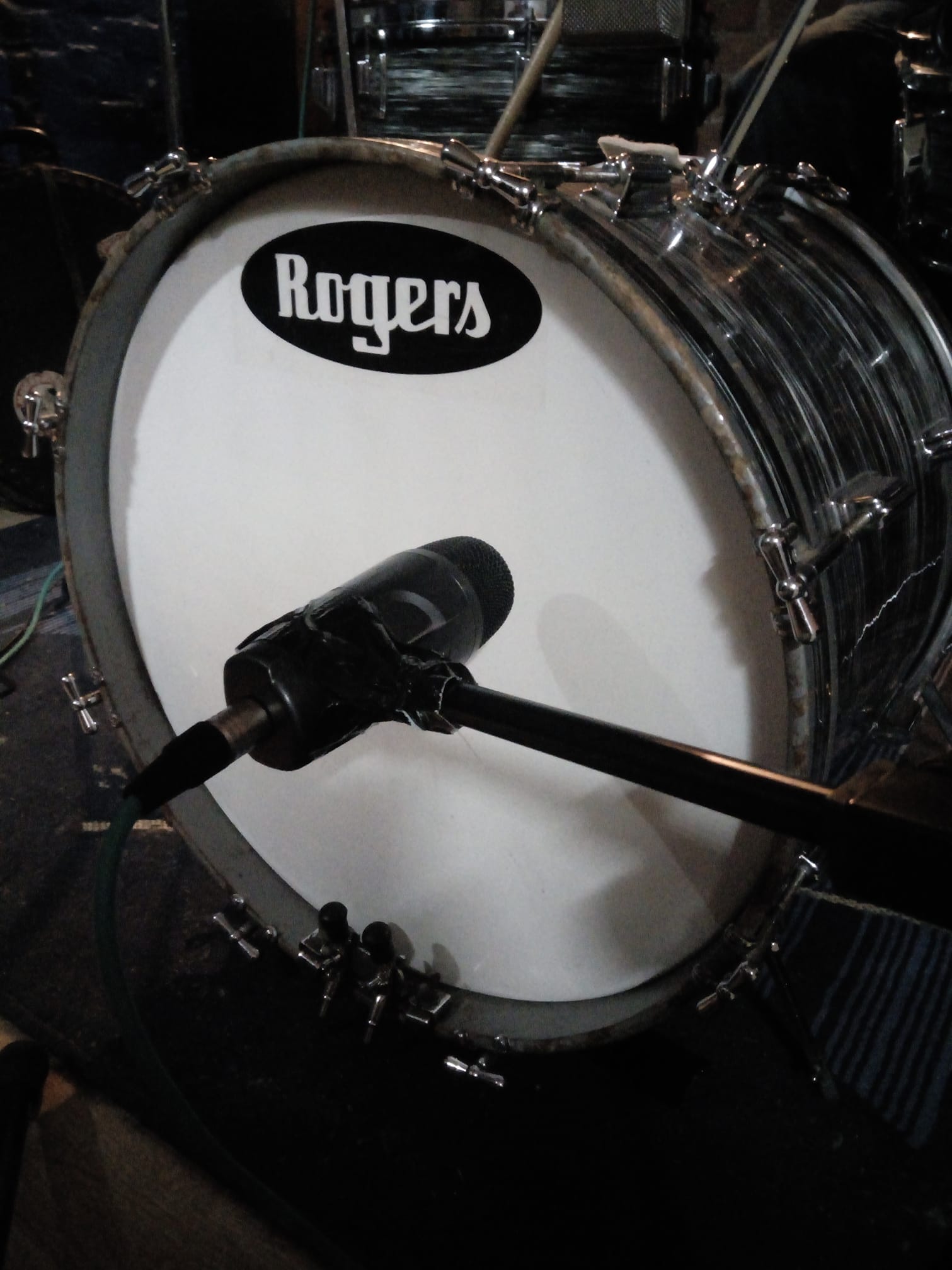 Something Groovy this way comes … 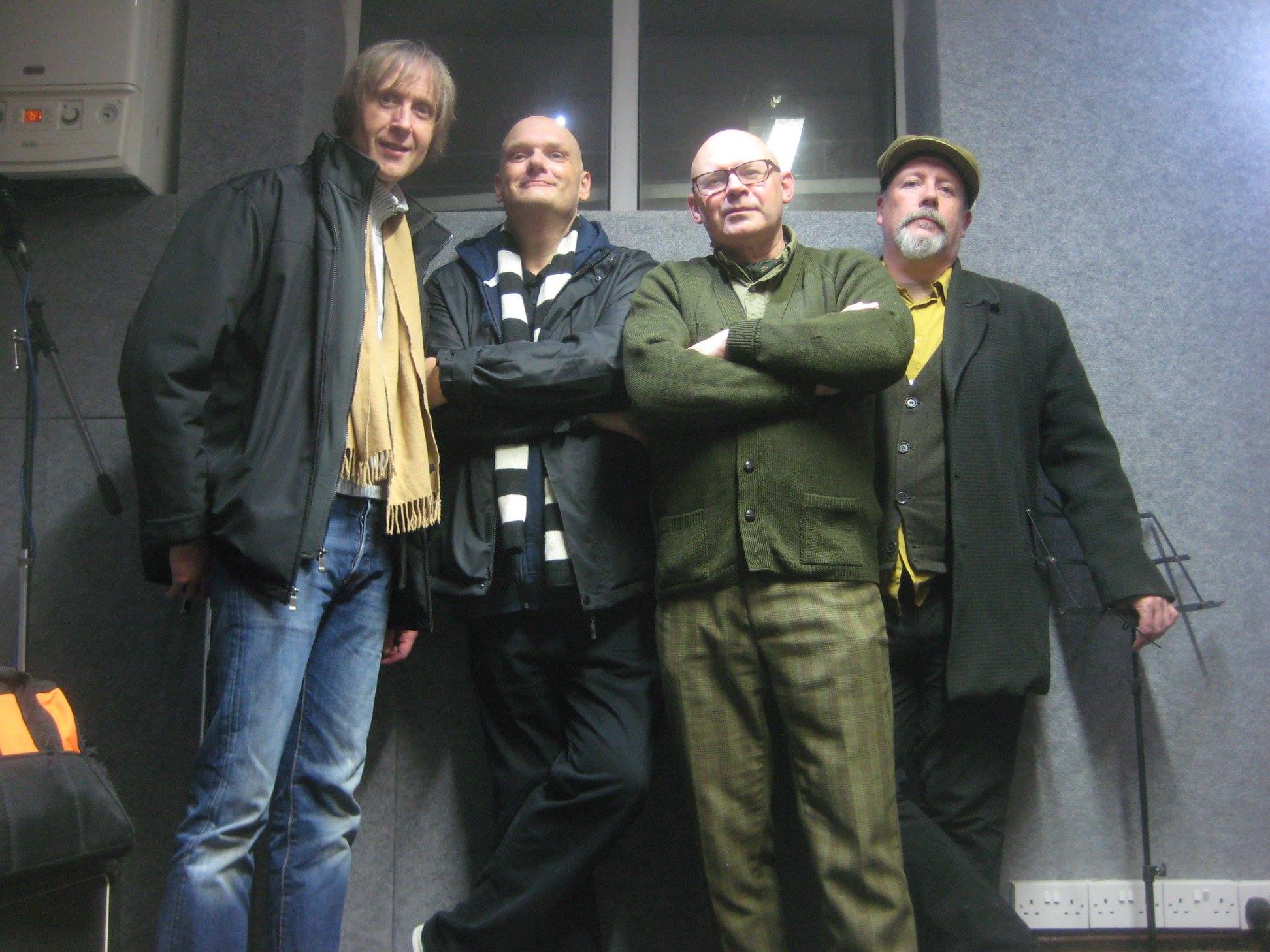 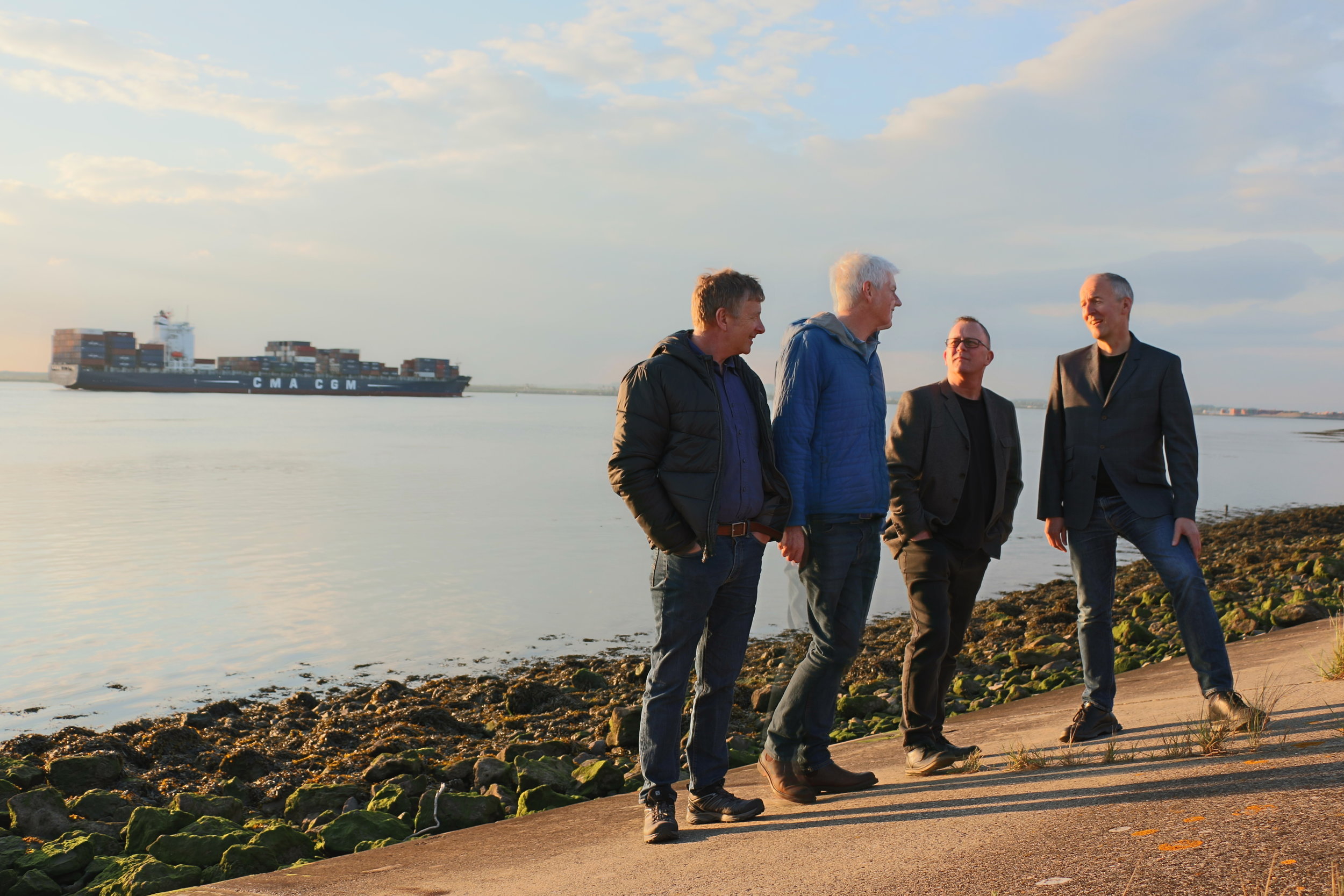 The Claim are to release their first album since 1988’s ‘Boomy Tella’ via Turntable Friend Records on May 24th. Release date wise, it’s perfection. Nothing is more British than a bank holiday, as the band they heavily influenced once sang: “Bank holiday comes six times a year Days of enjoyment to which everyone cheers” Recorded at Jim Riley’s Ranscombe Studios in Rochester, they look set to reignite the Medway sound. At the … Read more

This website uses cookies to improve your experience while you navigate through the website. Out of these, the cookies that are categorized as necessary are stored on your browser as they are essential for the working of basic functionalities of the website. We also use third-party cookies that help us analyze and understand how you use this website. These cookies will be stored in your browser only with your consent. You also have the option to opt-out of these cookies. But opting out of some of these cookies may affect your browsing experience.
Necessary Always Enabled
Necessary cookies are absolutely essential for the website to function properly. This category only includes cookies that ensures basic functionalities and security features of the website. These cookies do not store any personal information.
Non-necessary
Any cookies that may not be particularly necessary for the website to function and is used specifically to collect user personal data via analytics, ads, other embedded contents are termed as non-necessary cookies. It is mandatory to procure user consent prior to running these cookies on your website.
SAVE & ACCEPT