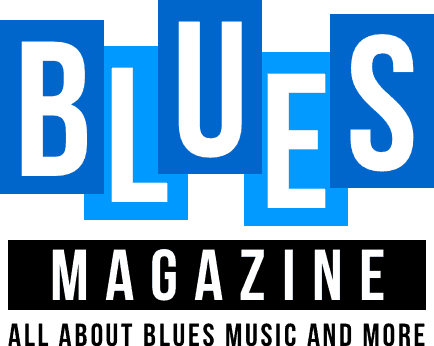 Review by Peter Marinus from www.bluesmagazine.nl

This album is a good example of an album that truly lives up to its title. You will encounter typically British blues sounds, which bring you back to the exciting sound of the British bluebase explosion from the 60s, but also to the sound of bands like The Inmates, Nine Below Zero and The Blues Band from later years.
Responsible for this is the band Jim Riley’s Blues Foundation. This is a collaboration between producer, singer and harmonica player Jim Riley and members of the London band the Claim, which consists of Dave Read (guitar), Martin Bishop (drums), David Arnold (guitar) and Stuart Ellis (Bass).
There are four own songs and eight covers on the album where it is striking that their own songs are effortlessly fitted in between all those blues classics.

The opener Running Out Of Time is such a personal number. A pumping rhythm & blues song with the sound The Inmates were also known for. Fierce rhythm & blues with a lot of garage noise. Jim Riley also has a voice reminiscent of a Paul Jones. During his crying harmonica solo, there is also a scoop in terms of pace with an exciting result. Baby Please Do not Go, written by Big Joe Williams, is of course well-known by the cover of Them. This version is almost identical but that does not matter because in this cover too the song is blazing through razor-sharp guitar work, piercing harmonica and the rigid pumping rhythm section. Sonny Boy Williamson’s Help Me is introduced by Jim’s roaring and pumping harmonica, after which it goes like a lazy shuffle.

The song itself has bore a lot of both “Everybody Needs Somebody To Love” and “I’m Your Man” from The Pretty Things. And that means that you are dealing with tasty raw rhythm & blues. Because of the Paul Jones-like vocals, you also come across influences from “I’m Your Kingpin” by Manfred Mann. How British do you want it? Jimmy Reed’s Come Love is a lazy shuffle with a warm crying harmonica and colouric stuttering.

Bobby Bland’s Is not No Love In The Heart Of The City, of course, there is a soulful languid blues rendition with echoing vocals and softly fuzzing guitar. The cover of John Mayall’s Crocodile Walk has the same pumping power as the original and the own song Can not Find A Job is a strong pumping shuffle with wailing harmonica and powerful guitar riffs. The lazy cover of Otis Spann’s One Room Country Shack is decorated with Peter Green-like guitar work. Chuck Berry’s Talkin ” Bout You can be heard in an exciting raw version with an old-fashioned dirty sound. In Sam Cooke’s A Change Is Gonna Come the band tapes from a different vessel. The song features lush strings, creating a bombastic but very beautiful version. The album is very intimately closed with the acoustic country blues Under Canvas.

The primal British raw rhythm & blues sound is kept alive on this album in an excellent and exciting way. Quickly get to the Netherlands, this band!